November 30, 2012
When a huge tree falls down somebody comes along and cuts it up and moves it away.  Except, somebody beat that person to this tree, and turned the tree into a high-back bench, exactly where it was, along side a river flowing through the city.

This is one of thousands of examples I witnessed in Christchurch, New Zealand when I was there recently.  Doesn't this look like something out of the Hobbit (which just opened there today)?  Royalty deserves to sit in that chair, but it's there for all.  Perhaps the the wizard I met on the street will use it...he's a local icon and showed up on the news a few days later. 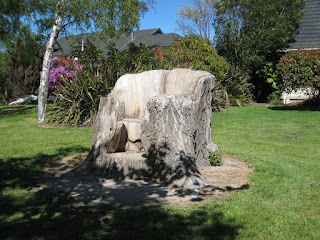 The human spirit never ceases to amaze me.  A 7.1 earthquake in September 2010, followed by one of 6.1 magnitude in February 2011(weaker in strength but stronger because it was half the 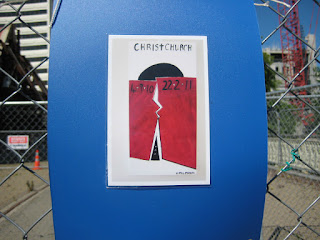 distance below the ground), plus thousands of shakes later, has both brought people together, and made them vocal about how to handle the damage throughout their city.

Magnified by a degree called 'unknown' is what happened to me, on the other end of the earth, when people I love are in the midst of this.  And that is what I went through with my daughter and her husband being in ChCh and me in CA.

Liquefaction?  They had it everywhere...not knowing if they were going to drive a bike or car into a pit and abandon it, or only a soft spot in the road.  But you know, their roads, right now, are infinitely better than any of our roads in CA.

The citizens are really getting on with the business of their lives and livelihoods. 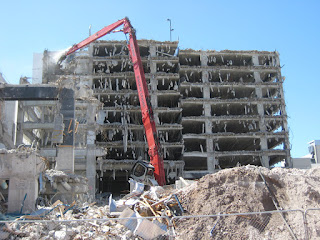 This is one of maybe 1500 buildings, big and small, that are, have been, or will be coming down in ChCh.  The "Frame" is going to replace lots of these buildings, many from the 1960-70's, with a park-like open-ness that people elsewhere dream about for their cities.  Here is a chance to correct the wrongs, replace the too tall with the small, and watch the green-ness of the world evolve in front of ChCh faces.


Shipping containers....the answer the world has been looking for!  They are cheap, retro-fit-able, strong.  They house churches, schools, businesses, homes, all around the world.    Shipping containers.  Everywhere.  They hold cement and rocks inside of them to keep the other rocks from falling off the cliffs onto the roads. 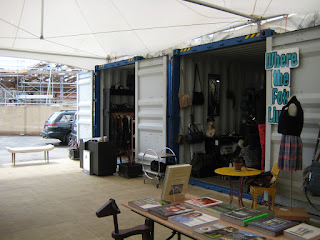 They hold shops....and quite stylishly too!  These shops just open before I left...and I felt the need to buy whether or not my bags could hold the gifts.  To the left is a bookstore, one of a group of about six stores that have opened up close to a brew pub a few steps away...also brand new! 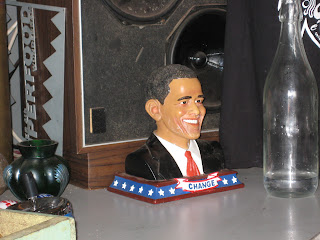 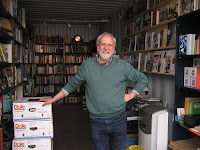 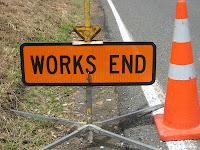 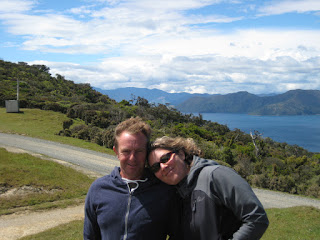 Everybody wants change.  Obama was a symbol of it.  The election took place the day I got there.

Everywhere folks asked about America.  What are we doing?  Where are we going?