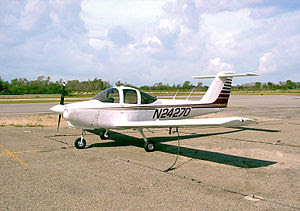 I remember when I had one of my first aha! moments.

I told myself  "Self, go over and interview for the flying job to deliver new planes!"

Our predecessor pilots pretty much laid the path ahead of us.  They got jobs so maybe I could.  So I went to San Jose...the only chick I knew of, at that time, who wanted get hours in the air.

I took my licenses, my log book, some guts, and went in.  They had some type of minimum number of hours...maybe it was 800-1000.  There was a lady there.  She was the only one I remember seeing.  I told her I had an appointment to meet someone about delivering planes.

She took my stuff, looked it over and said, "Most of your time is in gliders."  "Yes, it is.  But you know, I need to make each landing work on the first time because I can't go around again.  Gliders are very picky about that.  And I've landed gliders, undamaged, in the Sierra, without an airport. How's that work for you?"  She looked at me and said "You're hired. We'll call you with a trip soon."

I about screamed on my way out!

There wasn't any money in it.  They gave each of us $500 to fly commercially back to the factory either in Vero Beach, FL or in Harrisburg, PA (across the river from Three Mile Island where the largest nuclear energy accident had taken place in 1979).  They told us to bring the planes back in one piece, and if there was $$ left over, we could keep it.  No money?  That didn't matter.  These were hours in a plane and money couldn't buy that because we didn't have any, but we could log the time in our log books.  The goal was to land with some extra bucks at the destination so we didn't have to pay into the kitty.

These were outfitted minimally with very few instruments, and the slower they went, the more time we got...so some of the planes were trainers and didn't go fast. We could fly wherever we wanted and had to avoid weather. And for the most part we were flying against a headwind coming from the West.  We couldn't take passengers.  We had to fly VFR (visual flight rules, not by instruments), and had to fly in daylight.

When three of us went back to the Piper factory in Harrisburg, it became clear that the these little planes had been parked for quite awhile, through a winter.  The oil was wrong.  We had somebody change that.  Yep, these were new, alright!  But the engines only had about 3-5 hours of time on them while they were sitting on the ground.

Hhmm, I thought.  These planes haven't been flown before.  That's interesting.  And when we looked around, we had to make a plan if the engine quit, early on (as in seconds or minutes), in the flight.  And we hadn't flown there.  Hhmm.  I think the wings and fuselage will stay on.  But not sure about the engine.

So we talked to folks around the airport.  Worst case...land in the river.  Next worst case, avoid the hills (they called them mountains...the Appalachian Mountains).  We called them hills because the mountains we knew were the Rockies and the Sierra.  But there were rows and rows and rows of these hills, as far as the eye could see.  And nowhere to obviously land.

One time when we were back there, an airline pilot was killed when he crashed his small plane trying to leave  Harrisburg, to get to the airport where his commercial flight was waiting for him.  We didn't talk too much about that.  That was a very real wake up call.

Part 2...to be continued...maybe later, maybe next week.