Permission & Punishment - the key may be here.

October 18, 2013
Two moms (I was one of them), were exchanging emails.  I wrote the comment "When did our adult kids stop asking for permission to do...anything?" 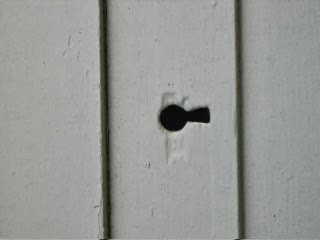 I thought about the game Mother, may I?  A mom or dad or somebody stands about 20 feet in front of the small kids.  Mom (that would be me) would say "Evan you can take three big steps forward."  And Evan may or may not say "Mother, may I?"  If he did, I would grant him permission to move ahead.  But oops!  If he didn't ask permission he'd go back to the end of the line.  Too bad, kiddo.  (A mom's revenge.)

How about when a kid does something, and the parents decide bribery is the way to discipline?  That's another type of permission, but it's subtle.  Parents are good at this game, especially if the little angel is acting up/out.  Stop it!  Stop it!  Don't embarrass me!  Okay, I'll let you do this thing, plus I'll throw in this and this and this so you don't embarrass me anymore.

I remember when we used to tell our kids they needed to set their own punishment.  I mean these kids were young!  They think of things that we would never consider as parents.  Kids are awesome amazing.

Sutter (maybe 6 years old) had asked for a certain ice cream /sherbet dessert be served at friend's house.  It was shaped and looked like a watermelon.  We went to the friends' house and she was asked to serve dessert.  There were a number of guests and they kept asking her, to help herself.  And calmly she replied, "I'm not having any, even though I asked for it.  I gave myself a punishment of not having the dessert."  Yep, kids are awesome amazing.

When did our kids stop asking for our permission?  They probably never did ask for it.  It was not so much as a yes or no, but more of a discussion and not an argument.  And I think that's the way it should be.

Back to today, maybe Congress should listen and act on this.  Just grow up and start acting awesome amazing.  And get over it.   Or we (the American citizens) will give ourselves permission to have you select a punishment, that we all agree on.  Like out of office.