I wondered, could I live here?

Maybe I could live here.  I don't know any folks here.  They are almost always on the run.  I don't need to reveal anything about myself.  I have an internet connection and can plug my devices into a chair that has outlets and can access the rest of the world.

It does get hot, though, and it will be getting hotter for another 6+ months.  But really, if I don't go outside, I'd never know how hot it was, except for looking at the people running, the sweat pouring down their necks, their armpits.

Yes, that's right.  I was thinking about Tom Hank's character he played in The Terminal.  A foreigner trapped in JFK Airport in NYC.

That's how I felt last Friday at the Phoenix Sky Harbor Airport.  I had arrived there to catch a plane home.  And the plane left without me.  REALLY?  How did that happen?

I was there nearly three hours ahead of time, not at the car rental place, not at a coffee shop, but at the actual airport.  I did not fall asleep.  Because of the horrific rainy weather in the western US, flights were delayed, gates were changed, and some of us were left behind.  It rained eight inches in Las Vegas that day!

I paid attention to the gate changes.  One of those was about 30 feet away.  Well, that's fine.  I'll just stay here and wait until the flight is loading. I had Southwest Airlines boarding card B33.  Sounded like a bingo game to me.

But wait...I didn't hear my flight and when I looked around not as many people were there!  I ran to the desk and the guy told me to run right next door.  I did.  I gave him my B33 card. Whew!

"Marilyn Schumacher!  Come back! You can't get on that flight.  It's going to Albuquerque! "  Whhaat?  I didn't want to go there.  I came back through the tunnel, back through the people who were trying to move forward.  Bummer.

I needed to see the Southwest Airlines gate queen to get some answers.  "You need to wait.  These people are here first and I have to get them on a flight."  Well, alrighty, that works for me, I thought, as I looked around at my surroundings.  I guess I could live here. 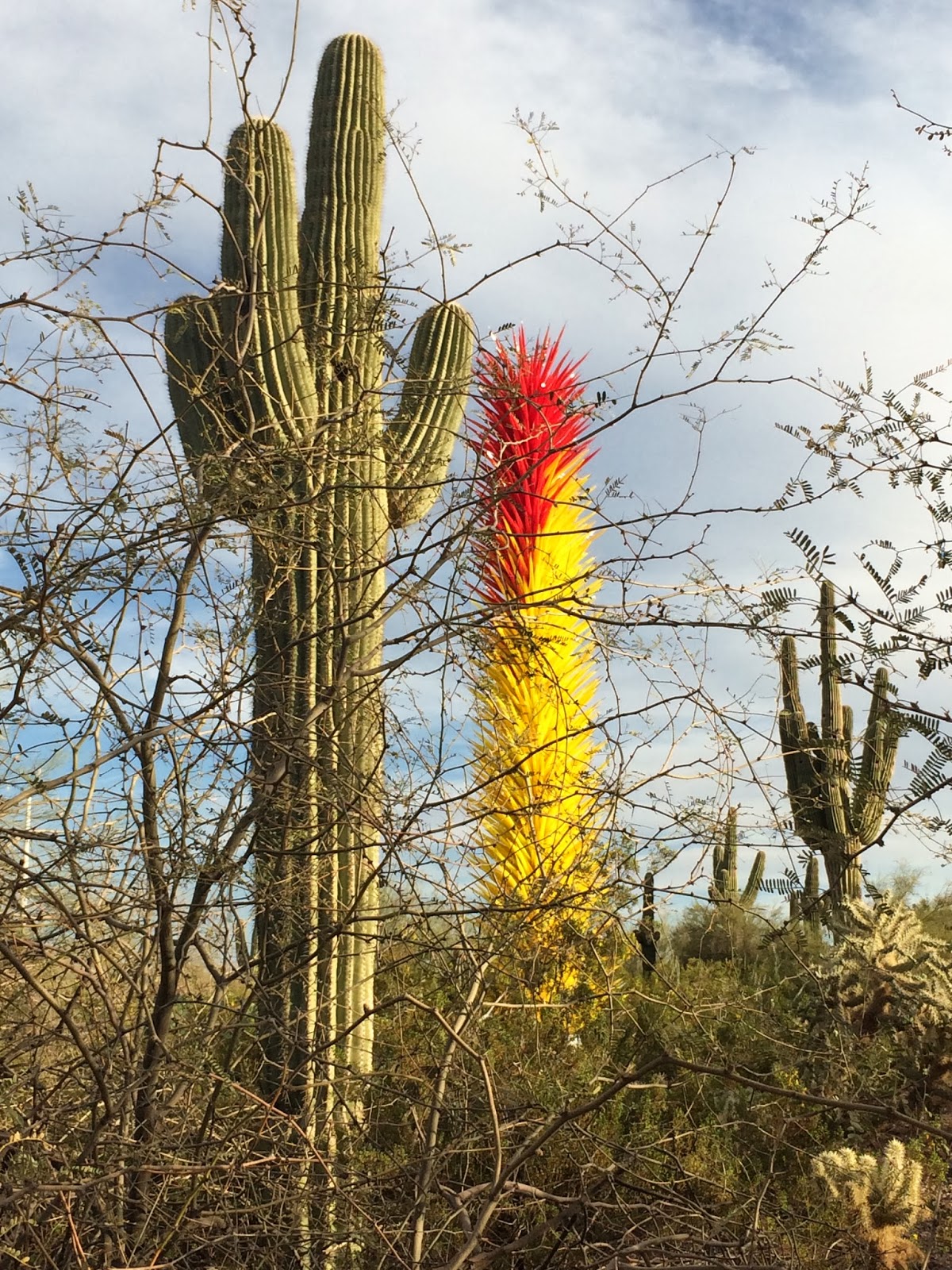 Upshot -I was wait-listed for the next flight to Oakland, which was also running late.  Oops.  Didn't get on that.  But I had a confirmed seat on the next OAK flight...as long as it got to Phoenix.  And that seat was for me.  By the time I got to my destination, I had spent nearly 9 hours in airports and airplanes, not going anywhere.

What did happen, that I missed my flight?  The gate queen said that I was not the only one and it happened quite regularly there. The two concourses seemed quite alike but they are not.

This time I was seated right where the gate queen could be heard. I was very impressed with how the SWA crew worked to meet the customers needs.

Since I was pretending to be a female Tom Hanks, I felt relieved to be on that last flight...outta there. And I remembered the saying from the Phoenix Botanical Gardens (at the top of this post):  "Earth laughs in flowers."  I thought of this..."God laughs at Marilyn."

Live richly, even at the airport.  marilyn