April 11, 2014
I love watching golf on TV.  It's so....civilized.  It's masterful, to an un-master like me, watching the masters play in The Masters golf tournament.  I play at golf.  I don't consider myself good enough to play golf.

Back in the day, I drove with daughter, Sutter, during early summer, across the country.  She was in college, and had a job being a camp counselor. Carl was very much around then.  He was afraid we would kill each other, being in her car for such a long drive.

Now I know she will correct me about this but we came up with a theme for our drive within hours of leaving.  And we made a cardboard sign to put in the car, hoping nice people would see it and tell us where we could find a driving range.  (Yes, this sign is still in my office..and it makes me smile.) 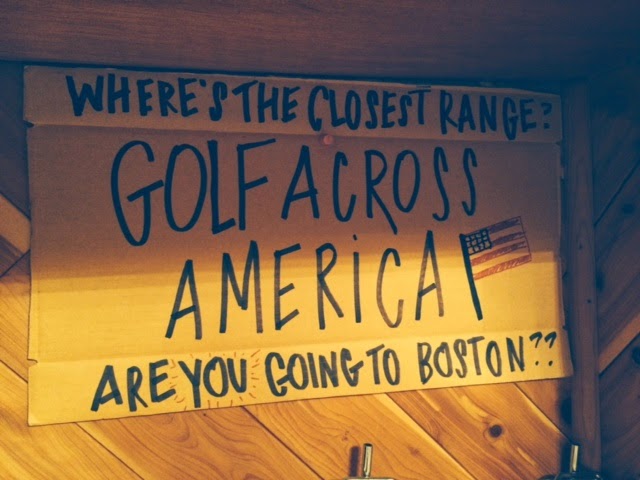 Because we did have time restrictions, we decided we had to hit balls somewhere in each state.  Not play on a course...just hit balls.  We had no GPS, no smart phones, not even a dumb phone (a very bulky type of  expensive cell phone?), AAA maps which didn't tell us what we wanted to know, some CDs, and that was about it.

First stop...just outside of Sacramento.  Second stop, somewhere in Nevada.  We were waiting at a signal and I saw a policeman.  I asked him where we could find a range...and he lead us to it...like we were royalty!

Somewhere along I-80 we were in a dust bowl, winds whipping around so much there were stakes in the ground, holding our bags (not buckets) of balls.  One time we were at a man's private course...it was gorgeous. Another state, maybe it was PA, we were wandering around a ghetto, and thinking...maybe not so good.  But we found a place.  Got in and got out.  And we made it on time to her destination. 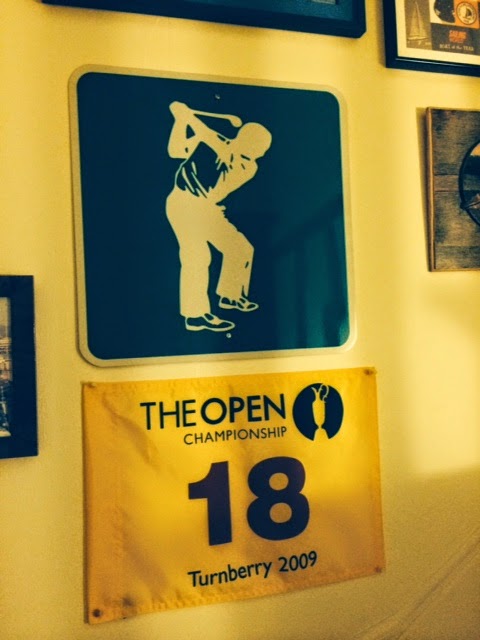 Son Evan, and Erin and I went to Scotland via London one year.  We didn't play at St. Andrews but we did play at the St. Andrews fantastic putting course!  We played a few holes at Turnberry just before they had the Open there. We found a couple of local courses to play. 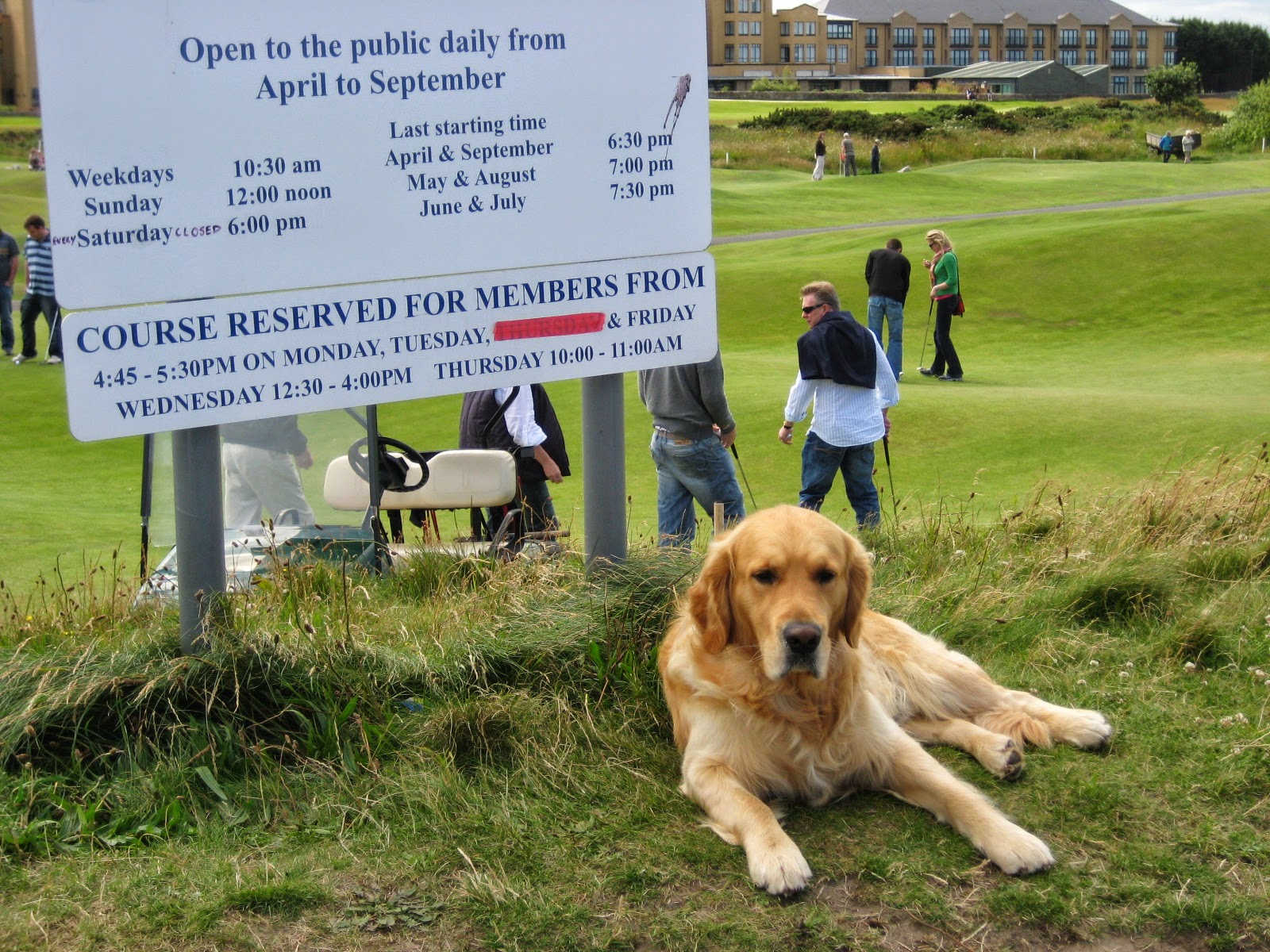 Golf is a fine sport.  When Ev comes up, he often plays with me.

So where do you find driving ranges? They are on the approach and departure end of airport runways!  And follow the that guy driving a beer or soft drink truck! He will show you the way to a golf course.

I'd better get some rest.  I have a 7am lesson with my teacher, Woody, out on the course.