Once again I'm clearing out....

June 06, 2014
I appreciate the owner who came over from the Shade Shop and hung my new blinds.  He said my house is always neat.  I'm dying a slow death because all I see is the dirt.

While the house seems clean to him it's what's behind the cupboard doors that kind of shock me.  Like most people (I think), if I don't open them, I won't see any surprises!  If I don't open them, then they are just as I want them to be...perfect.  My thinking is it's something like TV's  "Let's Make a Deal" where I choose Door #1, #2, or #3.  Somebody's gotta choose one!

My chance to choose which door, was this week.  I was digging through one of the kitchen cabinets the other day.  I do not know what happens, when it happens, or why it happens, but once I open one of those doors and really look at what's inside of it ..argh!  While I have no intention of starting to clean, I find myself....cleaning. 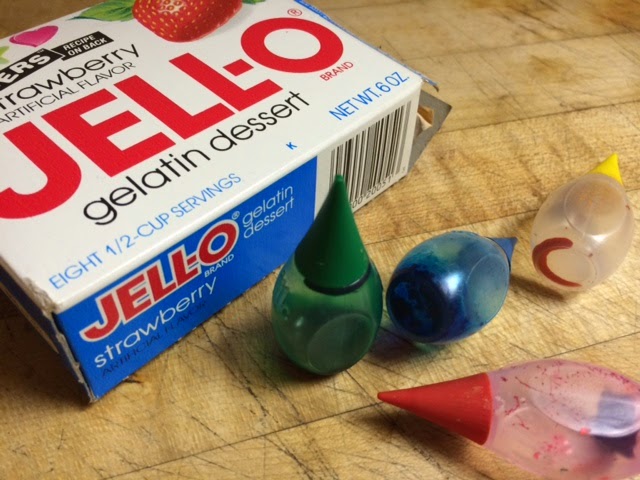 I started pulling stuff out, placing the pasta in a drawer instead of the shelves.  I got rid of various boxes and bags of unopened crackers (were they from before the turn of the century?).  I put stuff from the drawers into the cabinets because it made more sense (who has any sense about these things?).

I have those spin-around-thingys that sit on the shelves, and allow me to see what's on them without having to move anything off them. And then... I actually noticed items on the top of the spinning thingy.  I've noticed them before because I knew they lasted a long time, and that was good enough for me!  But today...I decided to seriously look at what was there.

What I found were two items, that I am sure I placed there when we first moved into this house, which would make them only 27 years young: Jello in a package (I'm almost sure they didn't make wet Jello back then), and liquid food coloring dye, in a boxed collection.

Have you ever thought about (and why would you) how long dried Jello lasts?  I imagine it's forever! Not any more in my house. Does dried Jello make good recycling?

And food coloring dye...the box nearly crumbled away in my hand...so I gently put it down and took a photo.  I emptied the box.  Where does food dye go?  Is there a food dye heaven?  Most of it was gone...and what was left appeared to be dried up..like very small but bright sticks of mini chalk.

The good news is that these were not taking up space.  They were just there, like a place or space holder, sitting and spinning on the spinning thingy.  Funny, I had an image of the dye talking to the Jello and they were comparing how bright each other's color's were.  That never happened...

...but maybe it did?  Perhaps when I wasn't looking for flour or sugar or chocolate chips in the cupboard, and those doors closed, they could have been having a party in there. And I wasn't even invited, except for clean up duty.  And I was able to ignore that for a loooong  time.

And by the way....my spice shelf is now completely full again, in full view of anybody who comes into the kitchen. I choose to ignore it. These delectable herbs and spices are only 2+ years old.  They are doing much better than the spices which had aged-out by over 30 years or more.