A smile and a scent...kind of miraculous. 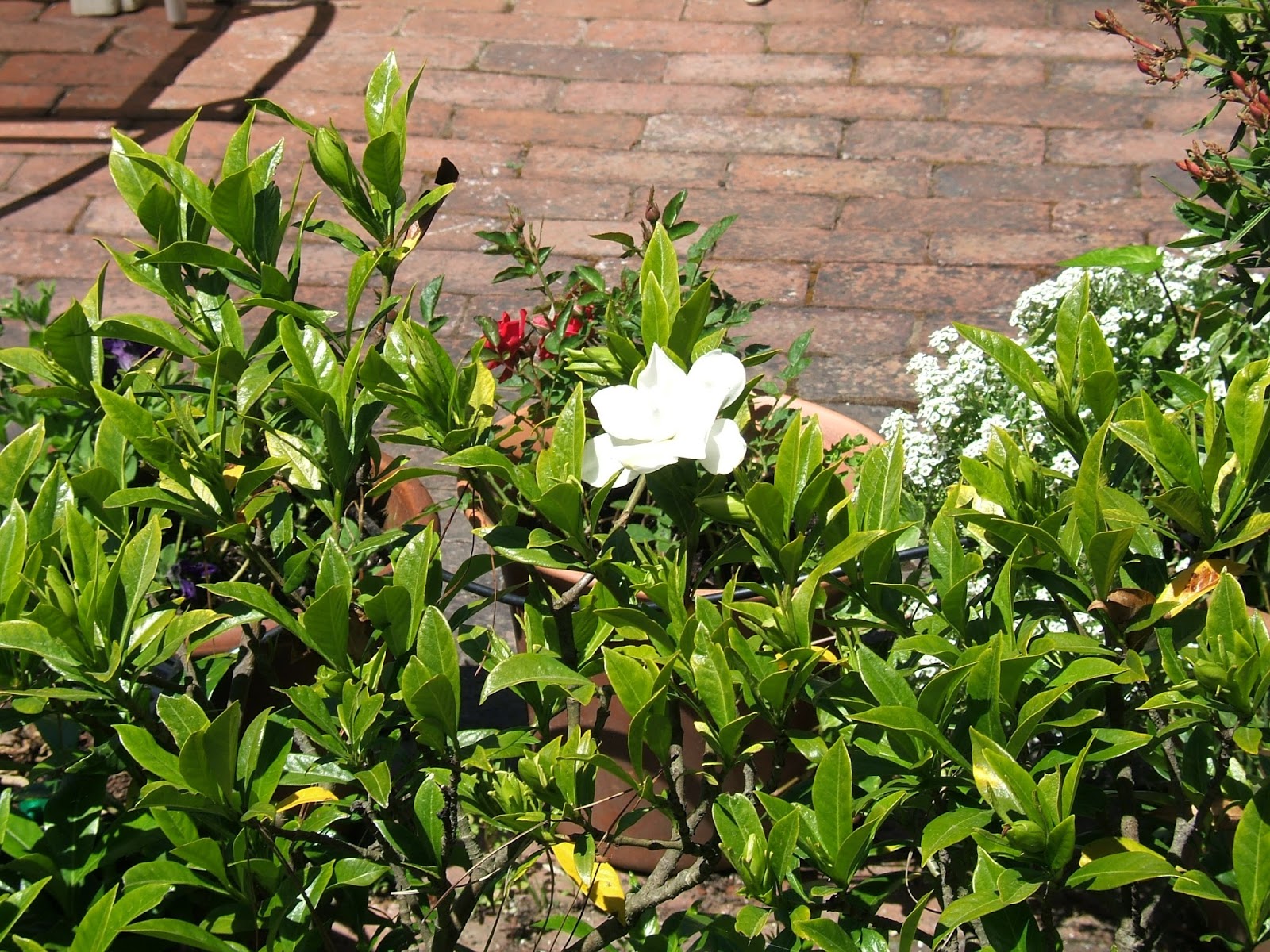 The first time I took a whiff of a gardenia was when I received one in a corsage from the guy who took me to the homecoming dance when I was a sophomore in high school.  He was on the varsity football team.  From that moment on, whenever I catch that scent I am immediately taken back to that moment.

When Carl and I chose a landscaper to makeover our backyard this is one of the flowers I wanted. And it's one of the plants that still remains over twenty + years ago.

I've been watching my gardenia plant for the past seven months.  And it has not been fun.  The plant looks scrawny, leafless, and not good at all. (The photo was taken some years ago of the same plant, when it looked much better.)  The thought had crossed my mind to toss the plant.  Maybe I had killed it.  Maybe it just got tired.  But - maybe didn't get it done..so I didn't do anything.

But this Tuesday...the gardenia had blooms on it! They are small but fragrant.  And once I walked by it I had to stop and smell the roses...er, gardenias.  I picked two of them, put them in water, and placed them on my dresser.  They made me smile.

Tuesday was a beautiful day...the sun was out, the sky was perfectly blue (the autumn light is amazing each day), the water was absolutely glistening with glitter.  The sun was playing with my eyes.  And I was riding my bike along the beach, heading to local stores via the bay front.

I just found myself smiling.  At everything.  And then it occurred to me.  Instead of just glancing at the people who walk, ride, or drive by, just give them a smile until I get them to smile back!  Make solid eye contact.  It doesn't work every time, but by golly...it really does work!  People actually smile back..after a few seconds... with vigor!

My yard has a second bloom on the azaleas, oleanders, and day lilies.  The new flowers make me smile, even when I don't treat them well.  Turn around...fair play.  Today is almost Friday. I've kept the smiley face on as I try to get people to smile back.  Something so simple and so nice is easy to do...even if it meets no response.