This was a first for me. No, not company for dinner. Instead, what every Nana wants in her house....a cabinet for toys that were her own kids' that other kids might find interesting.

I opened the built-in dining cabinets and showed the kids what was there. They had a pretty good time with them.

Everybody went home. I had done the dishes. I decided I needed keep the toys out for awhile. They stayed on the dining table for a few days because I wanted to sort them all out...to start fresh for the next young ones who would be coming to the house. Legos were discovered with building blocks. Wooden trains were mixed up with the wooden animals. Puzzles were a mess. 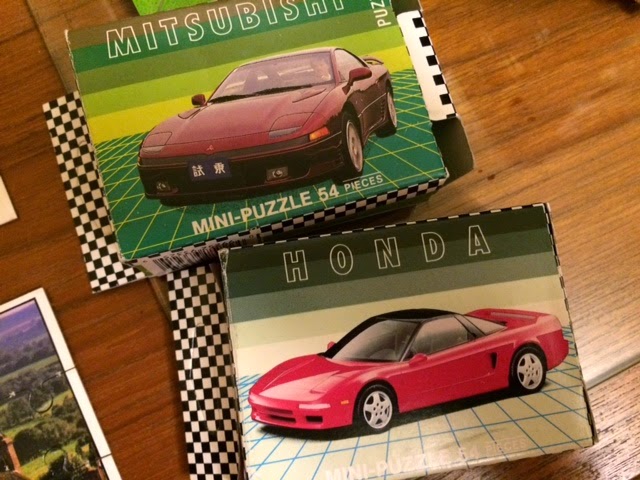 I decided to watch TV and match them up at the same time. The Honda and the Mitsubishi car puzzles went together easily because I had the small boxes that showed exactly how they should look. Downton Abby became more of a puzzle to me...I couldn't keep all of the characters straight. Who was coming, going, angry, happy and/or tipsy?

There were no boxes with photos for the other two puzzles. Aha! These were the real deal...no guidance and both were mixed up together. I realized that there was handwriting on the backsides of each puzzle. And then I remembered.

Carl, had sent one each to our kids, Sutter and Evan, while he was in England, getting ready to race on a boat in the Fastnet Race.

Two puzzles, one handwriting style, some similar words...and I just could not piece the puzzles together. Agh! I gave up and turn the pieces over to the picture sides. Then I turned them over again.

This is what I found. Written by a man of few words, for his kids, just loving them. 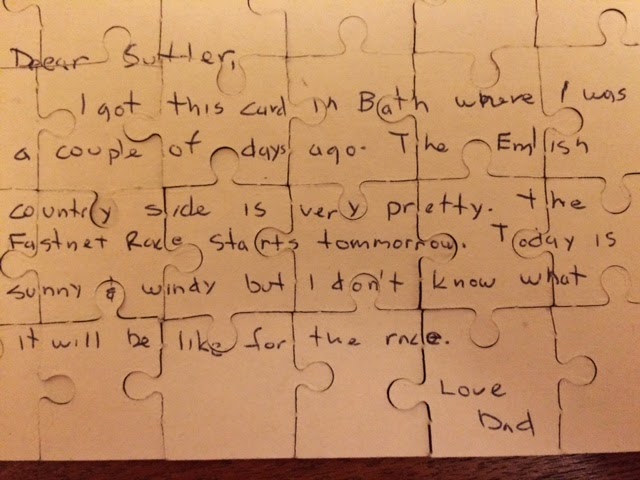 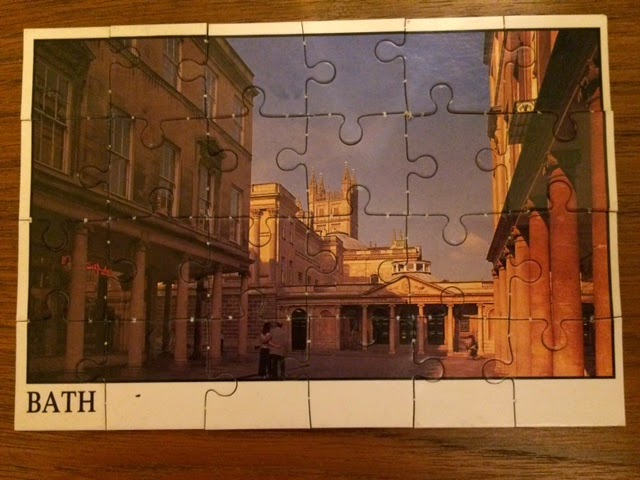 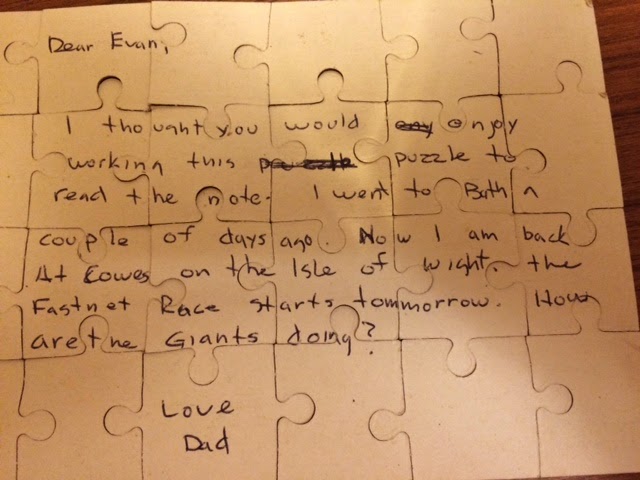 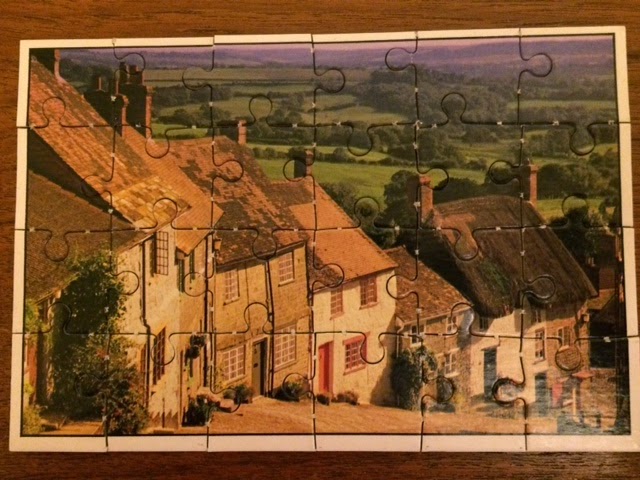 This was done by a man who lived richly.