March 11, 2016
It was my turn to go to New Zealand.  It was amazing! S&S (Sutter and Sean) live there and they have wonderful lives! They built their home in Christchurch over the past two years (?)..and they invited me to come on down to see them and their house, and explore more of the place they call home. 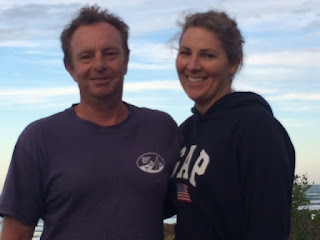 This is not a travel log. Rather, may you learn from me..and not have to experience the minor (major for me) grief, worry and woes that I got myself into. No, I did not get lost. But I did lose a couple of items.

Once I got to SFO, I checked my large bag, and I carried my backpack and my computer/device case onto the plane. So many people have commented, since I've been back..."The flight is ssooo long. How can you do it?"

I don't fly first class, or second class, or even third class. I take the seats in super economy, in the back rows of the plane...in steerage.

My standard response is "The airlines have figured it out. They load the plane up around 7-8pm, take off, feed us dinner, clean up, put a screen in front of each us that displays first run movies (yes, I saw three of them: The Intern on the way there, and Brooklyn and The Martian on the way back), or current TV shows. BTW...those movies are all very good!

Then you head to the head to pee or poop, and see how the other passengers cope or sleep. It is kind of amazing to see the others. You end up back in your seat. Then the main flight attendant wakes us up...then they feed us breakfast, and then the plane lands. That's it!

OK. True confession. I lost my credit card at SFO..I hadn't been there even two hours! But I didn't know it wasn't in my wallet. I had purchased a bottle of water to take on the plane and a bag of trail mix. I didn't realize it was missing until I went to pay for our meal in Christchurch. OK. I know where I was, so I whipped out American Express. Nobody down there takes AmEx. When did that happen?

I called the credit card company, and they shipped a new one to me in NZ at no cost. It arrived when we were traveling up the west coast to the very north of the south island, and stayed there for 4-5 days and we traveled back on the east coast. Six glorious hours each way, climbing mountains in the car, seeing nothing yet seeing everything! 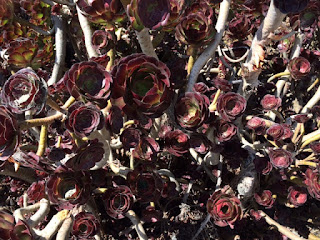 OK. True confession. Sutter dropped me off at the Christchurch airport so I could catch my international flight out of Auckland, back to SFO. I got off the plane in Auckland, went to the restroom closest to the gate, and left my phone on the toilet paper holder (why do they make it like a table?). I washed my hands and started walking to the international airport...about 15 minutes away. And when I reached down to see that I had my phone...um, no.

Then I panicked. I literally ran back to the terminal, called out to those in the restroom, "Has anybody found a phone in here?" Answer? nada. I went back to the gate, they couldn't help me because I didn't lose it on the plane. They gave me the airport police phone number. They told me to talk to the person at the airport Help Desk.

The Help Desk is just before you leave the terminal. I stopped and talked to the sweet lady. She was the first one who was empathetic and sympathetic. And for a brief time we became friends. I calmed down, somewhat. There wasn't anything she could do but hand me her landline phone so I could describe the my phone to the nice gentleman on the other end. He took all my info, including Sutter's phone number.

That was it. I pretty much knew it was gone...but the contents...whoa! I had another 3 hours to wait. I decided to ask the lady about how she ended up working there...all the while she was answering questions from other travelers: how to get them to certain places, where they could find a hotel, where they could eat, how to get out of the airport! At that moment, I was hoping somebody had tossed the phone into the trash bin, in the restroom, burying it beneath the paper towels.

I tried to pray about the honesty of man (and woman), how that prevails under all circumstances. And then for a few short minutes, she told me that she had lost her husband in the last couple of weeks...and my heart was touched by her words. She wasn't crying, well we both were - just a bit, but she was so grateful for the help she has received from family and friends...and I felt like a fool.

I needed to move on and I gave her a hug. She wished me safe travels, and hoped I would find my phone. And I said to her, the phone is only an idea...and ideas are always available and sometimes they take forms...like a phone. And she lit up just thinking about that! That woman made my day.

Now I admit, that I was still scared and wondering if the gate would be calling my name, saying they had found my phone. No. The only announcements were for the missing passengers that we unaccounted for.

I got on the plane. It left a bit late. They fed us dinner. Let us watch the screen in front of each of our faces. And when it was quiet the next morning, then fed us again. But I turned the meal down, as did my seat mate.

But sitting in the emergency exit, does have some benefits. Yes, more leg room. The young (compared to me) woman next to me was going to a United Nations meeting about women and equality, then heading to Switzerland. Boy, did I feel small.

The gentleman flight attendant, Chris, was very interested in our Presidential election. Most NZers that I know (not too many) think Trump is whacky and loony. Both of my seat mates wanted to know what would happen.

Then Chris explained to my seat mate about our shopping: Costco and Trader Joe's and how amazing they were and how inexpensive. He was going there shortly after we landed. I knew we were almost home.

The plane landed at original time it was supposed to. After clearing customs...there was my friend Ann driving up to meet me as I stepped through the doors. Funny thing...she had gotten a new cell phone but hadn't learned how to work it, in the last week. I didn't have my old cell phone so I couldn't call her. And everything was perfect.

Sometimes I need to remember things are not; things are only expressions of ideas. I did get a new phone. The old one needed to be replaced by a new idea. 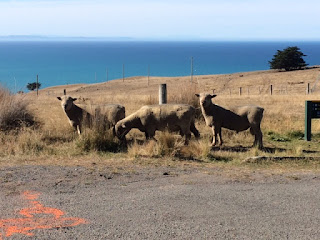