Reflections and images and shadows

October 20, 2016
I was working at my desk at about 9am, six weeks ago. I saw an image, just to the left of my computer monitor, in the glass which protects a piece of needlepoint artwork of a Victorian house, with a horse-drawn carriage going by it.

My immediate thought was...Marilyn, you are going crazy. Where is that image coming from? It was of two people that seemed to be dancing on the wall of the house next door. 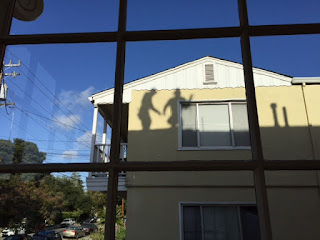 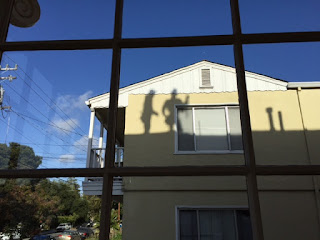 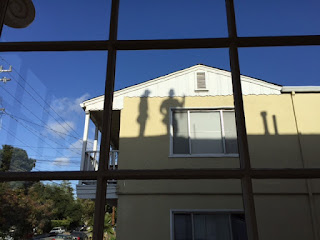 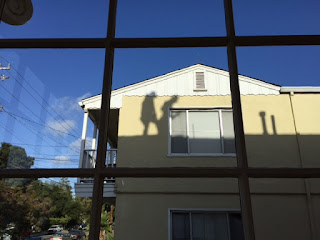 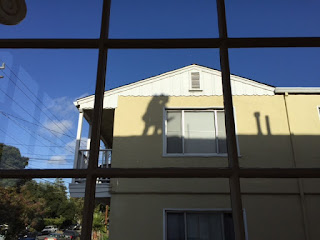 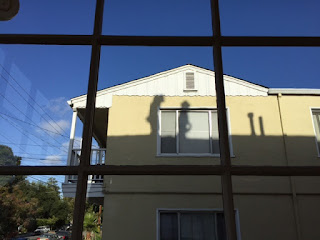 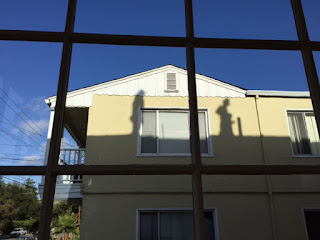 Then I looked over to the window in my office, and I saw the shadows of the two people. But they weren't dancing on the wall of the house next door. Where were the shadows coming from?

It turns out that the early morning sun was casting the shadows of the two people installing my solar panels, on my own roof, but the sun was low enough, that the shadows seemed to be dancing on the wall of the building next door.

I ran to the entry and shot these photos of the shadows...and they did seem to be dancing.