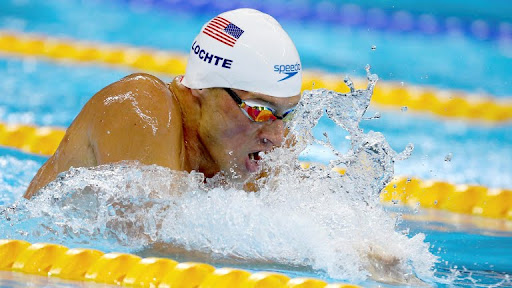 Let's say you go to a foreign country, like...uh, Brazil. And then let's say you are a swimming athlete, competing in the Olympics. And let's say you win some medals. And then let's say you tell a lie (or some lies) to police about why you trashed out a gas station restroom, because somebody came and held a gun to your head. And the next thing you know, is you are caught in the lying scheme. Really? Ryan Lochte is a 32 year old man. He's acting like my 2 year old grandson..well, not really. My grandson has yet to learn what lying is so my toddler-grandson is way ahead of Ryan Lochte. I am so disgusted by this guy's actions. I'm glad that his actions have been put in front of the whole WORLD! And I'm thrilled that the four major sponsors whose products that he's supposed to represent have canned his ass. And what is worst of all (because I watched the interview with him once he returned to America), he never told it like was, never said he was
Post a Comment
Read more
More posts