March 03, 2017
When I was a sophomore in high school, I was involved with student government. We actually had a class devoted to Student Goverment. It had everybody who was an elected officer for 9th -12th grades. I ran for and was elected to the Sophomore Vice President position. It was taught by a teacher with the first name of Ken and I don't remember his last name. It was a fascinating class. 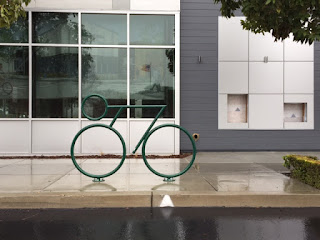 What I learned as a sophomore VP was what REAL goverment was, is, and remains today. It was and is all about checks and balances. No one person can control everything in our goverment.

Fast forward to Sutter's, our daughter's, eighth grade class. She ended up going to private school from that year through high school. She finally told us that another student had threatened her with scissors, in her 7th grade public school class. Smaller is better, as it turned out for her. She thrived in the 8-student, eighth grade class.

I met her teacher. He was new to the school as well. I introduced myself and he said his name was Otak. OK. Otak it was.

A bit later he asked if I went to Corona del Mar High School in Newport Beach. Uh, yeah. (Who was this guy?) This guy was the one I went to see the movie 2001:A Space Odyssey with. He was named Steve Jump. He was the Student Body President back in 1969 and he was a member of that government class.

Whoa! Now he's the teacher to my kid? Who knew? Things had changed for both of us. For him, his name, his long hair, his goals. Now he was teaching 8th grade.

For me, I went from not knowing what I wanted to do with my life, to getting married (comparatively early at 20 years old) to an unknown boat and yacht designer, to becoming a commercial pilot (flying not-so-common aircraft), and then getting into real estate.

Both kids continued to do well in college, as they have done in various endeavors they've been involved in.

Otak moved on. To what I don't know. But he was part of Sutter's life for one year. And I'm grateful for that. BTW...that movie is among the best movies I've ever seen.