follow me on my Alameda Real Estate Blog, The Second Story or MarilynSchumacher.com


...not down, look forward, not backward! 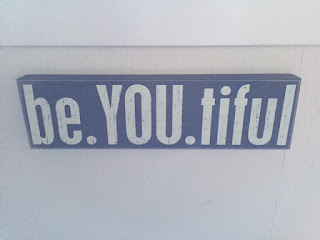 How often are we conscious about what we say to ourselves? I'm trying to be more aware of what/how I think and a bit more silent until I figure out if I even want to say anything at all these days!

I used to do this when flying small planes across the country. One plane and one pilot. Sometimes we traveled in groups...sometimes not.

We/I had maps, but every once in awhile, it would be worth going off course to see something from the sky that I hadn't seen before. Because of the minmal navigation equipment that these new planes had in them, or the not-so-good flying wrecks that we picked up at airports/flight schools that had been abandoned and the planes reposessed by the lenders/manufacturers, lienholders etc., there was always some type of risk involved.

Looking down should be a 'glancing' activity. I'll never forget while flying Route 66 suddenly I was looking at a crater...a huge crater (to me)! That's when you want to circle around it, and have somebody with you to shout at about what you've just discovered! Well, it felt like I was the only one who had discovered it.

But fuel was scarce in those days and we had to line up our cars at the gas station with the last number in our license plate telling us when we could buy gas (odd numbers meant odd days, even numbers meant even days).

I didn't have the courage to touch down in the Great Salt Lake flats in Utah, (aka Bonneville Salt Flats), like the other guys did. I just wanted to get over the Rockies without running out of fuel. It was fun watching them touchdown and gunning the engine to start climbing...but it was not for me.

That was then and now is now. Many lessons are still to be learned in this world.

When I'm riding my bike these days, I want to be aware of what's around me. And part of that scan includes looking ahead, and down. I'm pretty amazed at how many car windows are smashed in. What makes people do that? How about a nut or a bolt on the ground? What did that hold together? Was it a motorcyle? Was it a bus?

It doesn't do much good to spend too much time looking backwards. But a good thorough scan, even a glance can make a big mental impression. That's why I like the sign above.