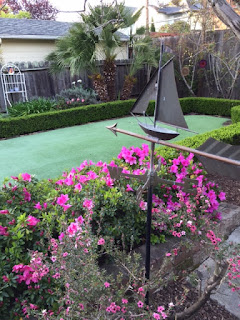 Sailing on a sea of azaeleas. God speaks to me in...impulses, not words. One definition of 'impulsion' is 'the force or motive behind an action or process.' One time I was quite sure that it was God who told me to say NO to a flying job. And several weeks later one of the DC4's I was co-piloting the summer before in Kenai, Alaska, crashed on takeoff and killed all three SOBs (Souls On Board). No if's, ands, or buts. Just the single word NO. When I listen in 'this' way, I just naturally shift course, take another tack (as in sailing: have the wind blow over the port side vs the starboard side). And when I'm obedient to the impulse, I know it's the right thing to do, and I usually do it now, instead of later. As I get wiser (not older), I don't question this impulse. I just obey. I let these impulses tell me what, when, and how to say what I want to say. I let the impulses tell me to 'shut up and listen' (not ignore). I listen
Post a Comment
Read more
More posts