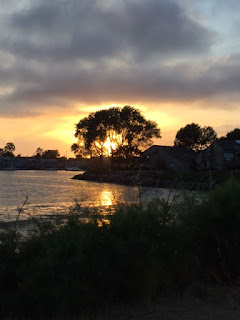 My dear friend Toni, who cuts my hair, told me this story recently.

She had her car parked in her driveway. An unattended van was blocking her driveway. She knew where the owner of the van lived, along with maybe another 10 folks.

The guy came out and Toni went ballistic. Don't you know your van is parked illegally? I've already called the cops. Oh...here they are now.

The cop was going to write a ticket for the van owners. That would be a $300 ticket. Toni said no. She sent the cop back to whatever he had been doing.

Then she told the (man) van boy...."You owe me. You really owe me. I need some new jeans. You can go to (she named a high-end store) ...and get them. Oh and I want this other stuff, too. She got into her car and drove off.

She heard nothing from the van boy, until the next day. He bought her some …
Post a Comment
Read more
More posts