We're coming up on Independence Day and in Alameda, it starts with our annual parade! I was invited to 2 parties, one along the parade route on Park St., and one after-the-parade.

We've watched the Rose Parade (in person) because Carl's mom had a second marriage to a guy named Joe, who was very jolly except when he wasn't. But he wanted a motorhome and so he got it. And that's how we got to watch the Rose Parade: in a motorhome. That marriage broke up. Yay.

You can watch our Alameda local parade on the curb of a sidewalk, or park yourself and your bike somewhere along the parade route, well before it comes around. There are helicopters flying overhead taking videos for the 6pm news. 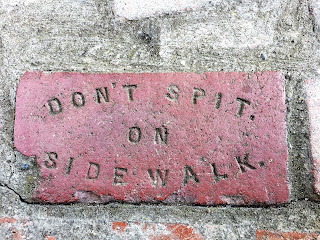 We've got folks coming into town from all over. Barbeques are going full blast in homeowners front yards as the parade marches, drives ancient cars, dances, sings, and does gymnastics along the route. It's very diverse as well.

I've been in our 4th of July parades...representing Discovery Toys, riding my bike, and being part of the Alameda Association of Realtors.

This year I'll be volunteering to remove and replace barricades, as directed, so folks can get in and out without getting hurt. I'll do what I'm told, because we're talking about people's safety.  I don't know what I'll wear, but I'll be part of the Bay East Association of Realtors...moving those barricades.

Oh, and if you want to fact check the Demo candidates debates (Wed and Thursday) you can find fact checkers on all the major networks, on the internet. It's pretty interesting. Fact check the debates