. .like Mother's Day and Father's Day, and even birthdays! We used to let our kids choose a "Special Day" (any day) that they would invite their friends over to the house...sometimes the "Special Day" would include going somewhere nearby.  We specifically did not call it a birthday. It was just few hours that the kids could get together.

Parents were totally confused by this....what's a "Special Day"? No, the kids did not need to bring presents. It just a time for them (a few of them) to get together.  (Of course, the kids brought presents.)

If I remember correctly, son Evan did attend a birthday party at an ice skating rink.  We got a call from the parent(s), and went over there to pick him up because he had fallen on his arm. All was well with him within a few hours...and we took our kids to a movie. Sometime during that movie, he removed his arm from the sling. And that was that!

Back to yesterday...the doorbell rang and there was a neighbor from across the street and down a few doors, who lugged this heavy box that was dropped off at her house! The address on the box is where it was delivered. But my name was on it!

Well, this present was for Mother's Day..and it was delivered on Tuesday. It was hefty! Turns out it had 10 unbaked, handmade croissants in it, surrounded by frozen ice packages. It came from Ev and his family.

It brought back memories from a long time ago, when Carl and I would go out for coffee and pastries in Berkeley. "Bizerkley" seemed to be the only place to go back in the day. Alameda had nothing but bars and dives 40+ years ago and it was a Navy town so it catered to those sailors. I stopped drinking coffee well before we were married, but I would have a cup of herbal tea (also very Berkeley-ish).

The instructions for the croissants were to leave them for 8 hours on a plate/cutting board, while they would rise. Then spread them with a beaten egg and 2 teaspoons of milk. Then put them in the oven for 40 minutes (300 degrees). Let them rest for awhile...and after a while, it was dinnertime for me (at least it was dark outside).

Here are the stages that lead to 'delicious results.' 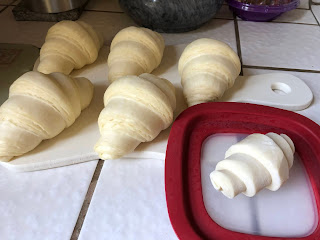 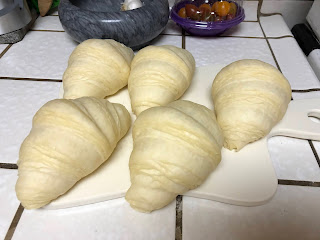 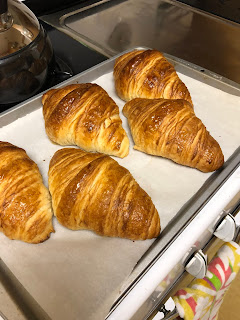 Thanks so much, Schumachers in San Diego!

These are folks that live richly! marilyn 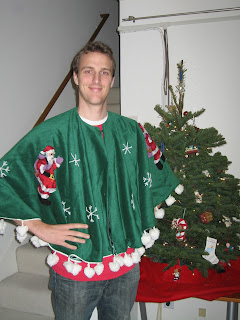