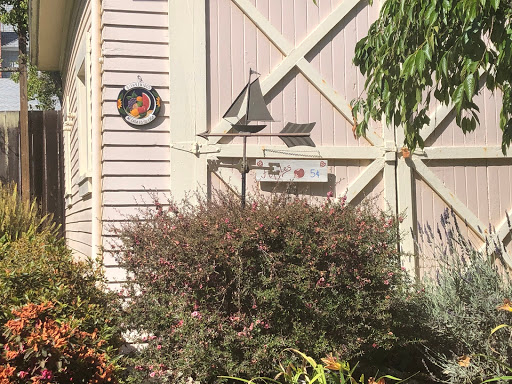 We've got rosemary, lavender, and the sign on the carriage house says 'Apples 5 cents.'  We used to have a very prolific apple tree, along the west side of the carriage house. They were more for baking than for just picking them off and eating them. But they were amazing!  And then we realized it was undermining the carriage house (built in the 1950's?) concrete floor. Out came the apple tree. Carl, my late husband, used the building as his shop. He was a very talented wood-worker. He developed that talent when he was younger, having been taught by his father.  Carl built many of his designs (as half-models) either for his office (at the now-defunct Alameda Marina) or for his clients...as gifts.  During the pandemic, I've spent a lot of time sitting, reading, watching birds, on the patio (which was made of bricks, from the foundation of our house).  We needed to have the foundation replaced right after we closed on the purchase. The contractors needed to remove tho
Post a Comment
Read more
More posts