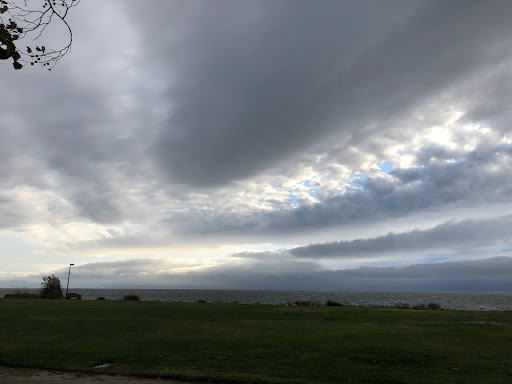 For the first time in a couple of years, we have had some measurable rain.  I had invited a friend over on Wednesday, for a mid-afternoon cup of tea and some freshly-baked lemon loaf (with Meyer lemons from my bush/tree). She wanted to know how I was able to see the Blue Angels aircraft, at the Oakland Airport, a few weeks ago. I asked her if she wanted to see where I parked. It was a chance for us to get out of the house and breathe some fresh air.  The day before, I had driven around the Harbor Bay Business Park. It had been years since I've been out there and I was fascinated with what businesses were there, as well as what businesses were shut down. It seemed that some of the buildings were empty.  (Good news for coffee drinkers....Pete's has a large facility  at the biz park.)  Joanne had never seen the biz park. She had no idea that it was almost sitting on/in the bay.  I pulled the car over where a sign said something like 'No Parking" but it seemed okay - minim
Post a Comment
Read more
More posts